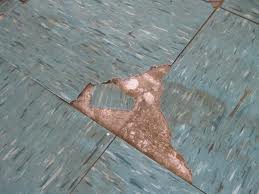 A natural mineral, Asbestos, is popular due to its physical properties. Its desirable properties include it being resistant to heat, fire and chemical damage. It is also resistant to electrical damage. It is also desirable due to its tensile strength and strong absorption property. Its application include hotplate wiring and building insulation. It has been over 4000 years since the asbestos mining first started. Asbestos is mined in several countries. The use of asbestos in insulation began in the United Kingdom as early as the Industrial Revolution. Apart from insulation asbestos has been used in several applications with the likes of fire crippling coatings, pipe lagging, bricks and boiler linings. “Inextinguishable” is the term which comes to fore as one translates the word asbestos into Greek.

The Unpopular Asbestos
Although it is popular among manufacturers it is infamous for may reasons. It was banned in the United Kingdom in 1999. It must be noted that whenever or wherever asbestos is found trained professionals must be called in to dispose it off carefully. A licensed asbestos company must be called to action since asbestos poses great health risks. Wrong removal procedures must be avoided. It is safe with asbestos when it is alone but any damage can trigger it to emit fumes that are extremely hazardous to human health.